PTZ cameras are popular in churches and other public gathering places because they can be moved around without requiring the assistance of a camera operator. From the comfort of your couch or bed, you can control them from anywhere in the world.

When opposed to static cameras, pan-tilt-zoom (PTZ) cameras provide a great deal of versatility for the creation of innovative and dynamic live feeds as well as video recordings.

But is it really worth it?

There are a variety of brands and PTZ camera price points to choose from. A low-cost PTZ camera may be purchased for as little as $200. However, you may even pay up to $10,000 for each camera.

On the other hand, the quality of a video camera is directly proportional to the PTZ camera cost, at least up to a certain degree. The difference in picture quality between a $2500 PTZ and a lower-end 1080P (or below) PTZ becomes more difficult to discern.

What Factors Determine the Cost of A Camera?

How much does a PTZ camera cost? There are several factors that determine this issue. Let’s look at each of the factors in particular.

Sensors in lower-cost cameras will be smaller and less expensive. A decrease in brightness and color saturation, as well as an increase in background noise, is a result of this. When you factor in the church’s often dim lighting, the difficulties only become worse.

You may or may not be happy with your purchase just because you bought a “cheaper” camera.

PTZ cameras have both optical and digital zoom capabilities. In most cases, digital zooming leads to a decrease in image quality. It’s like enlarging a picture in Photoshop. It begins to seem pixelated.

Optically zooming, on the other hand, is similar to using a zoom lens. Because you’re zooming the actual lens, the picture quality isn’t affected. Therefore, optical zoom is just what you need.

PTZ cameras usually have zoom ratios of 12X, 20X, and 30X, depending on the model. The Pan Tilt Zoom camera price rises in direct proportion to the length of its zoom lens.  For example, the 30X zoom can do the following: at a distance of 40 feet, you can read the text of a small bible by zooming in on it.

So, if the distance between the camera and the stage in your sanctuary is less than 120 feet, a 30X zoom should be sufficient.

Outputs for Different Types of Connections

PTZ cameras’ connection choices can have an effect on their price. Most low-cost PTZ cameras are limited to USB connections. These are often utilized in smaller areas, such as boardrooms.

PTZ cameras with HDMI and SDI ports are available from a wide range of other manufacturers. HDMI is the standard cable used by video switchers, such as the ATEM Mini Pro, which may be found on the market. You won’t notice any degradation in visual quality even at a distance of 300 feet when you use current fiber optic HDMI connections.

The typical video industry cable, SDI, can carry video signals across distances of up to hundreds of feet without degrading quality. The SDI signal must first be converted to an HDMI stream before reaching your video switcher, unless it is also SDI.

HDMI and SDI are available on the majority of HD cameras.

It’s also worth noting that there’s the new NDI technology. An NDI connection is based on a network. A network connection is used to link the camera with your production devices instead of a physical cord. If your production equipment (such as a streaming PC) is on the same network as your live stream, you may include that video feed in your broadcast. Incorporating NDI into cameras raises their price. 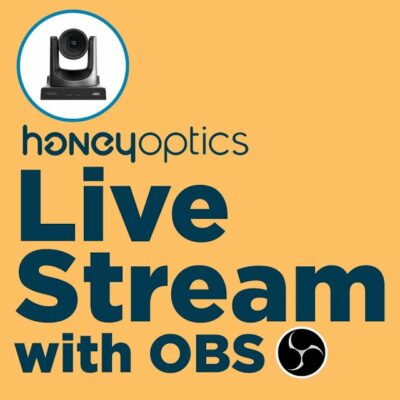 PTZ cameras that support NDI usually come equipped with all three kinds of connection types (HDMI, SDI, and NDI) in a single camera.

The cost of a PTZ camera is influenced by a number of additional variables, including:

Are PTZ Cameras Worth the Money?

Since they contain three distinct motors for pan, tilt, and zoom, they are more expensive than static cameras but have the advantage of allowing remote control of the camera. An additional feature is a mechanism for regulating the temperature inside the vehicle. The camera itself is loaded with cutting-edge hardware and software. They are also built to survive for a long period, making them ideal for long-term storage.

By zooming in and out and altering the frame to follow the action as it happens, a single PTZ camera can cover a lot more space than a single static camera can. In fact, it can practically become numerous cameras in one.